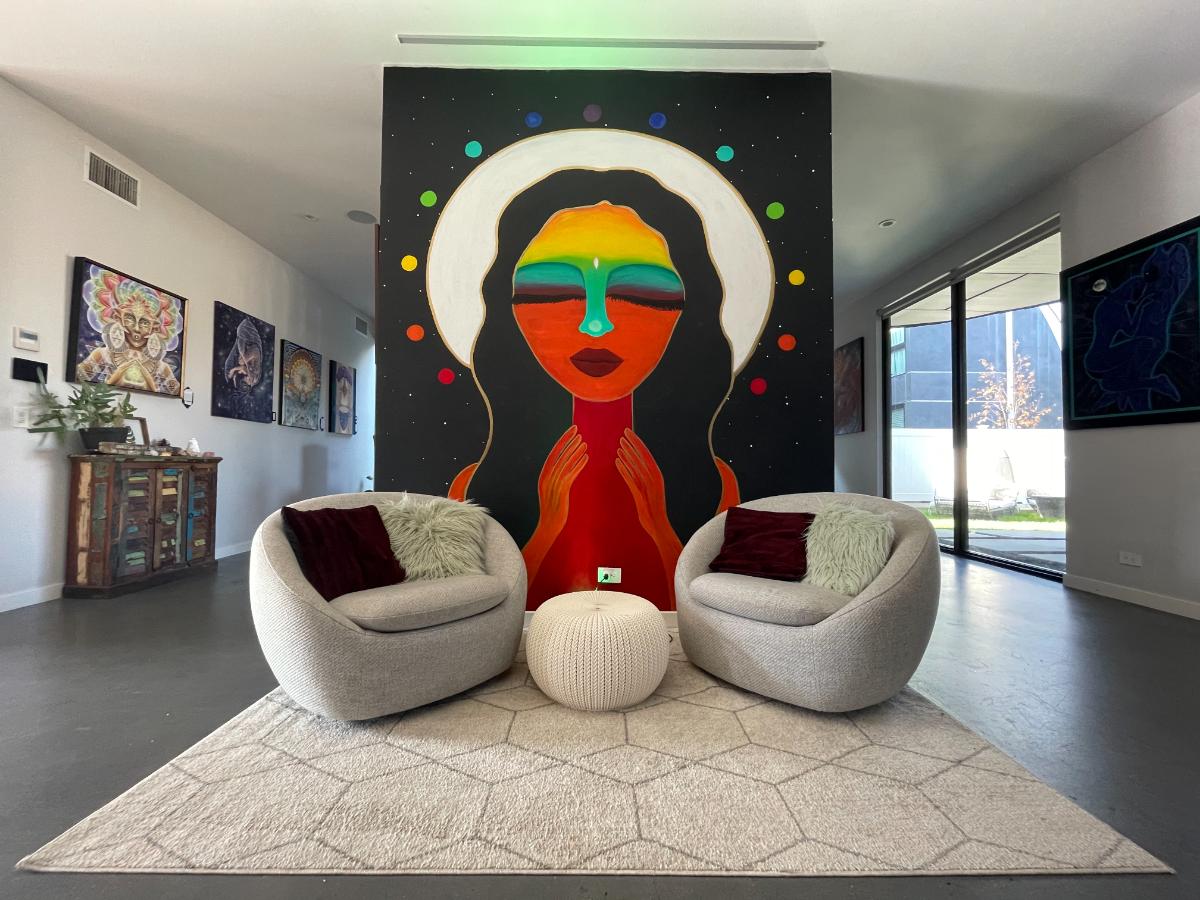 Come live at the magical Mystic Manor!
– Mystic Manor is a six bedroom 10,000 sq. ft. villa (private outdoor areas including pool, hot tub, and fire pit) in Venice, CA bordering Santa Monica that is a hub for conscious community in Los Angeles
– It was founded in 2019 by Brandon Beachum, host of the Apple top-rated consciousness-centric Positive Head Podcast
– Previously it was a transformational retreat center and production studio to Brandon’s late night-style show Optimystic
– After Covid subsided the Mystic Manor began subleasing rooms that were previously reserved for retreat guests
– Mystic Manor is now a co-living space elevated by stunning visionary art that acts as a community hub to help expand consciousness and foster authentic connection.We host on average 2-3 events per month that residents can enjoy.
– There is plenty of room for privacy as well as to connect with others
– Quiet neighborhood with great parking

Would I be a good fit to live at Mystic Manor? We are seeking other like-minded souls who are…
– committed to self-growth and personal evolution
– seeking a vibey work from home space, or landing pad after a long days work
– clean, respectful, and mindful of the space and other residents
– cleanliness is important to us! Leave no trace and leave every space better than you found it 🙏🏻

Other info:
– no smoking inside, smoking is permitted in out door areas
– some pets may be allowed, please contact to discuss
– deposit is first month’s rent Brandon Beachum has been a serial entrepreneur since childhood, and in 2011 while living on a friend’s couch he co-founded what is present-day ResortShare. In 2015, ResortShare was named the 569th fastest-growing private company in America in the annual Inc. 5000 fastest-growing companies list. Later that same year, Brandon began focusing on his greatest passion, exploring consciousness and the “ultimate nature of reality” on The Positive Head Podcast. Positive Head was quickly met with critical acclaim and has consistently rated in the Top Five in the “Spirituality” category on iTunes/Apple Podcasts for several years and has amassed over fifteen million downloads. Brandon is now also stewarding Positive Head’s epic evolution on the new, late-night style, consciousness-elevating variety show, Optimystic.
Message